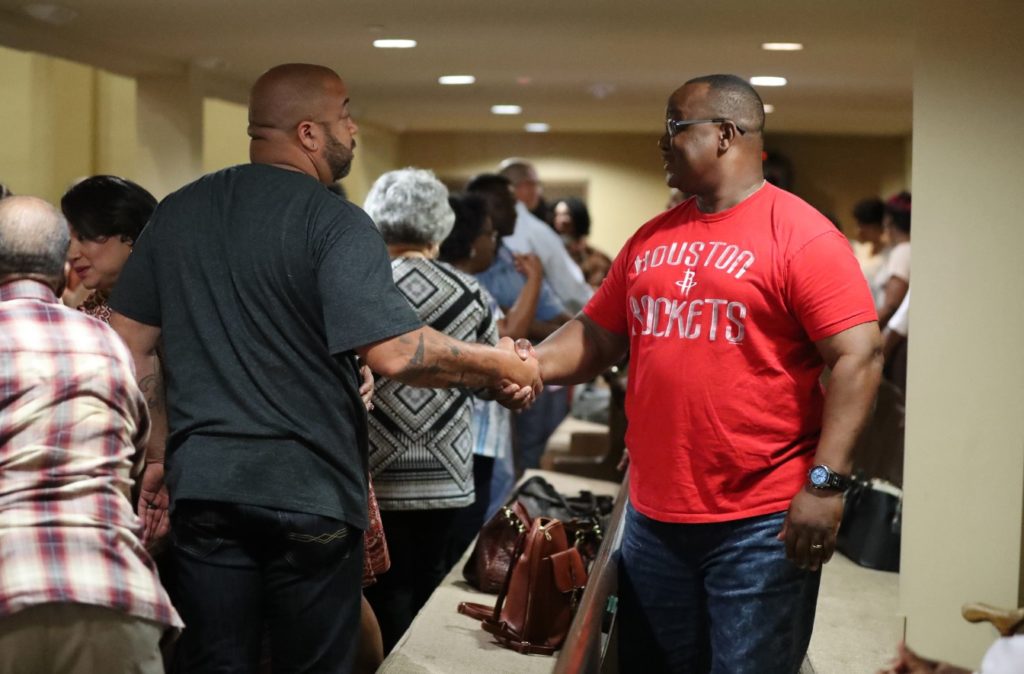 Over fifty years ago, many hardworking and God-fearing people came together with the notion of establishing a church in their community. These were people whose love for God was so great that they would walk from Truman Addition and Washington Heights, past a white-only parish, to attend Mass at St. Paul’s Catholic Church. All done in order to give thanks and praise to the Lord our God. All done by faith.

The dream of having a church close by within which to worship started to become a reality when volunteers did a census of these two neighborhoods to determine if there truly was a need for a chapel in the area. The response led to the idea of forming Our Lady, Queen of Peace, but the people had no idea how long it would be before their dream would actually become a reality. Yet, they were able to continue to strive to reach their goal, for they had the one thing which kept them going, faith. 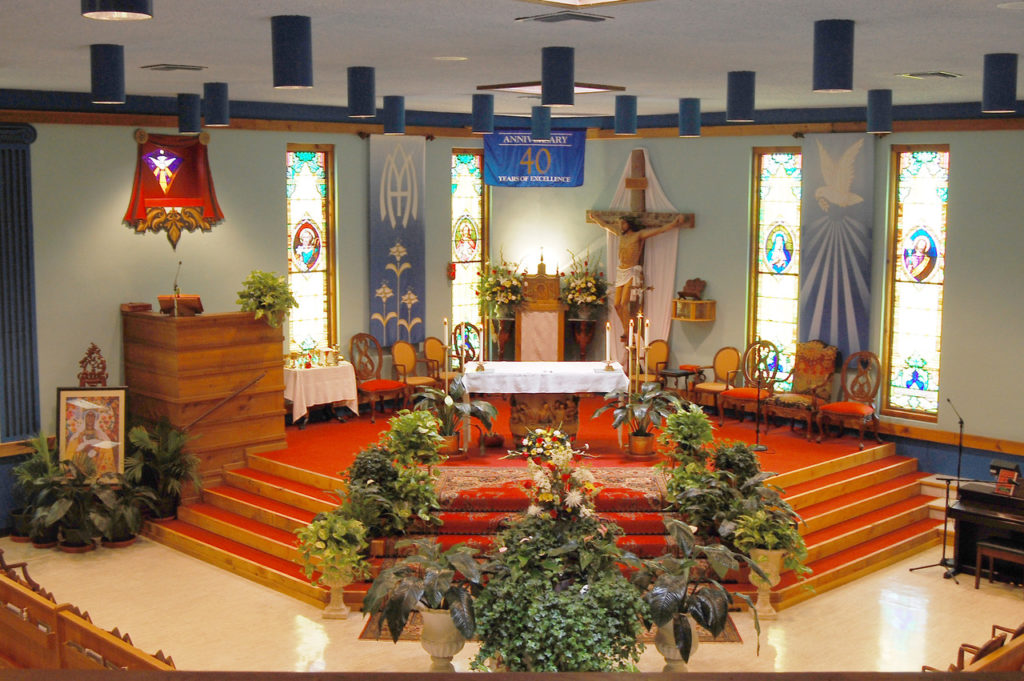 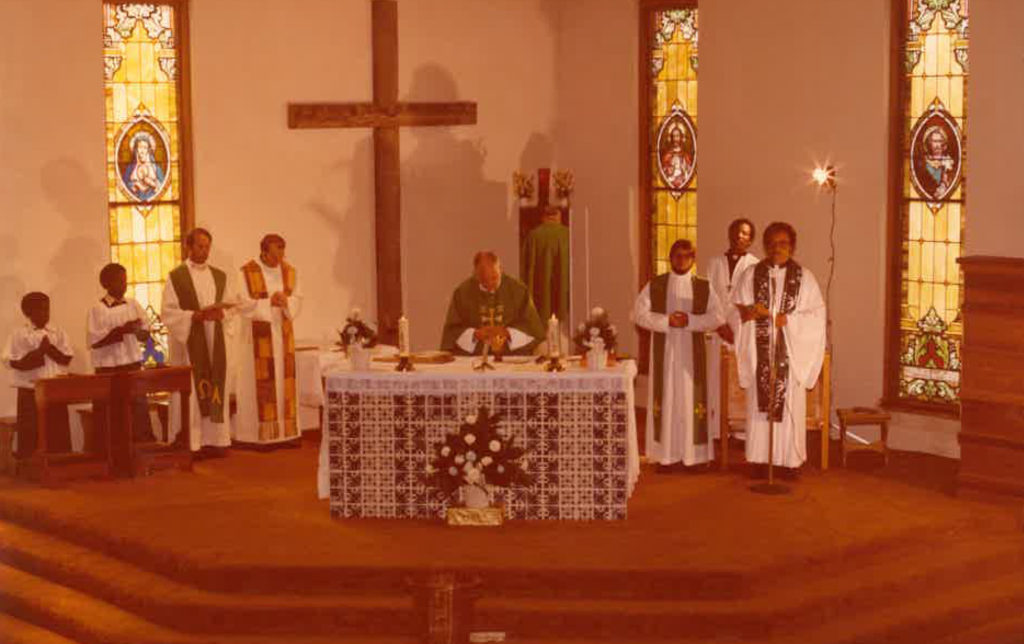 As early as 1960, an area of land was purchased on Rubria Street in Washington Heights, the land which the community hoped would one day serve as the home of their new chapel. It was not until many more trials and tribulations, however, that the church would actually be built. From 1960 to 1965, the people of the area, many of whom were, in fact, living below the poverty level, were able to raise $4,000. Despite an additional $15,000 donation by the Diocese, there was still not enough money to begin construction. Ultimately, as Truman Addition and Washington Heights began to grow, it became clear that the property on Rubria Street would not be large enough to accommodate all of its residents. Thus, another section of land was purchased on Lillian Road, once again with the assistance of the Diocese. 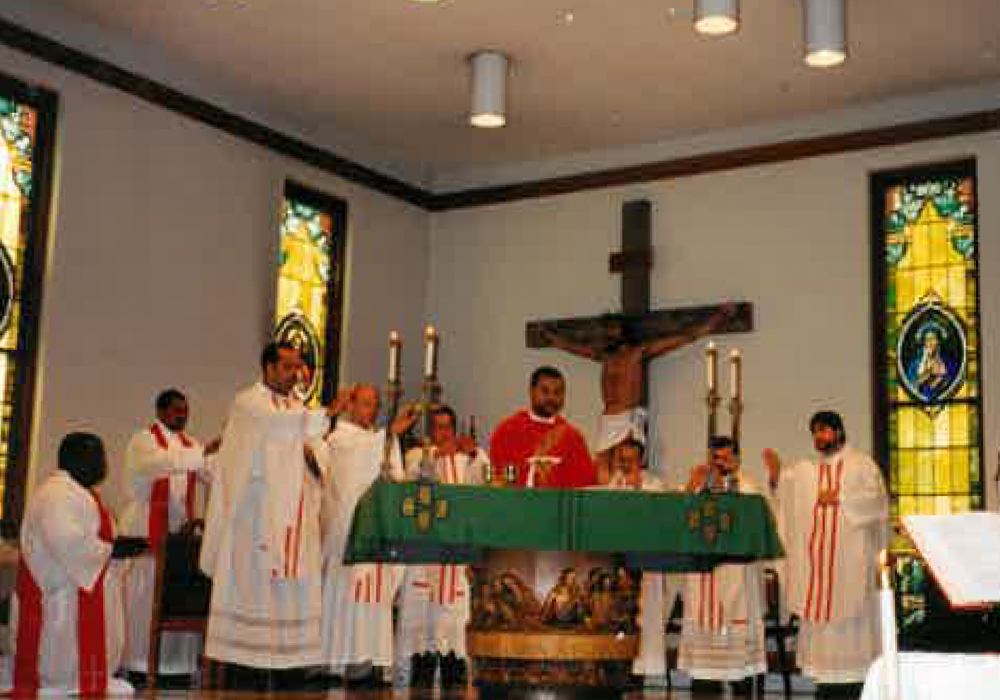 Approximately one year after the property on Lillian Road was purchased, Bishop Schexanyder formally established the Our Lady Queen of Peace Parish, a parish which was to be territorial, and not ethnic-based.

No longer could the faithful be denied access to a church merely because of their race. The doors of Our Lady Queen of Peace would then be opened to all who wished to hear the Word of God.

From the formation of the parish in June of 1969 to the dedication of the church building in November of 1975, weekend Masses were held first at the Lafayette Catholic Center on North University Avenue and then in the Truman Elementary School gymnasium. Father Jude Speyrer served as the first pastor, followed by Fathers Val Pullman, Danny Regan, Ken Broussard, Harold Trahan, Jason Mouton and Hampton Davis, III. So, how far have we come by faith, you ask? We no longer conduct our Masses in a gymnasium but have a beautiful church, now attended by people of many races and backgrounds. We have a beautiful brand and website that serve as a shining example of demonstrating that with faith, all things are possible.

Fr. Edward Duhon is from Abbeville, where he graduated from Vermilion Catholic High School. He attended USL and earned a degree in architecture before attending Notre Dame Seminary in New Orleans. Ordained in 2007, his first assignment was Associate Pastor at St. Anthony of Padua Catholic Church in Eunice.

After three years, he became Associate Pastor at Sacred Heart of Jesus in Broussard. Then, in 2012 he was named Pastor of Nativity of Our Lady Catholic Church in New Iberia, where he served for a year and a half. 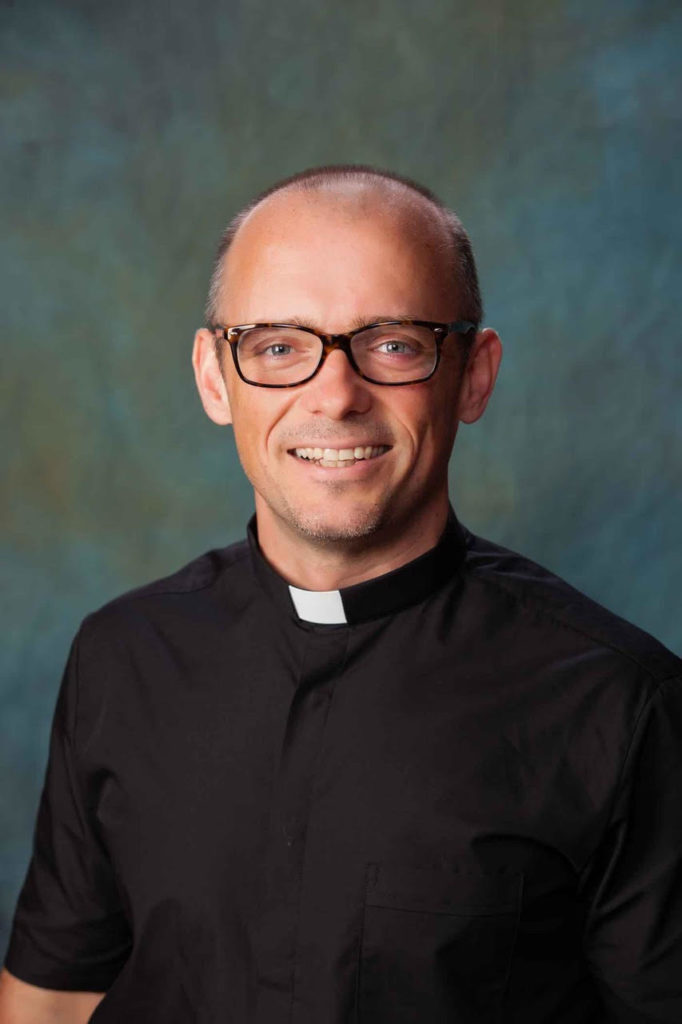 Between 2014 and 2017, Father Duhon took a leave of absence from ministry in order to better explore his faith and vocation. He would eventually find renewed purpose while working as Downtown Outreach Coordinator for Catholic Charities of Acadiana. Caring for the homeless and working with those in need deepened his faith and inspired him to return to priestly ministry. As he resumed parish ministry in 2017, he also began serving as chaplain of Catholic Charities, helping the homeless and employees alike in their faith journeys, where he continues to serve. He served as Associate Pastor of St. Michael’s in Crowley for several months before transferring to St. Genevieve in Lafayette.

When it was announced that Father Davis’ tenure would be ending at Our Lady Queen of Peace, Father Duhon began praying about the possibility of following his old friend. He was told of the church’s warm and welcoming community which encouraged him to request being assigned as pastor. He was selected by the bishop and officially became Pastor of Our Lady Queen of Peace Church in July 2019. Father Duhon embraces the parish’s strong sense of community and rich history and looks forward to shepherding the faithful in the years to come.

To contact a specific staff member or Parish Council Person, please email the church at queenofpeace1969@gmail.com.

“Just as a body, though one, has many parts, but all its many parts form one body, so it is with Christ.” – 1 Corinthians 12

“So do not fear, for I am with you; do not be dismayed, for I am your God. I will strengthen you and help you;
I will uphold you with my righteous right hand.” – Isaiah 41:10

We're not around right now. But you can send us an email and we'll get back to you, asap.